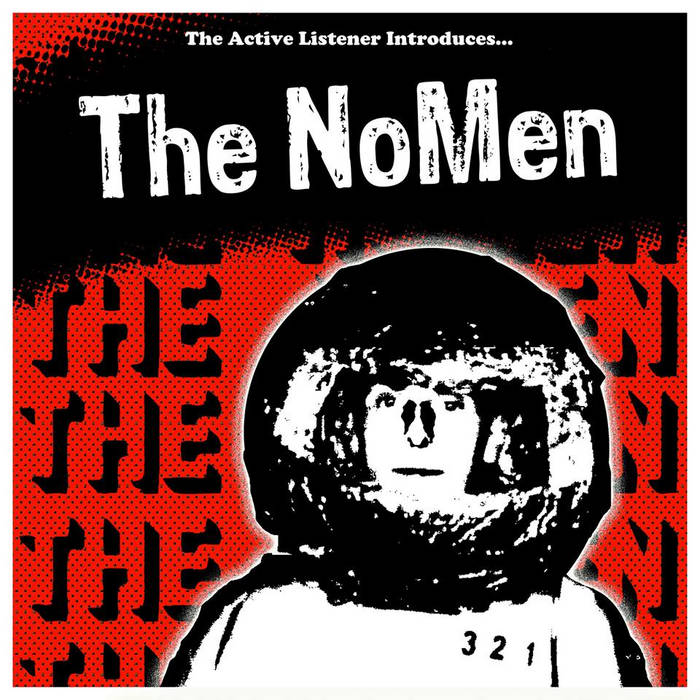 Recommended if you like: Swell Maps, Hawkwind, Neu!, Television Personalities

The NoMen formed in 2003 with the intention of recording backing tracks for legendary DIY punk artist Steve Treatment to sing on.
This resulted in an album of Steve Treatment songs without Steve in 2003 which was released by Topplers records.
They then started recording cover versions of other artists from the DIY punk era such as Swell Maps, Television Personalities etc. Through this they got involved in new recordings with many of these artists notably Jowe Head and Phones Sportsman from Swell Maps. Many of these recordings were released by Topplers Records, The Beautiful Music label in Canada and Cake Shop Records in New York. While continuing to record covers they also widened their horizons to include 60s garage and psychedelia.

Up until 2010 the NoMen were Allan and George NoMan and anyone else who happened to be passing though the rehearsal room at the time. The NoMen only ever met up once a week and were disappointed if they didn't finish a session with two or three finished tracks recorded. A ridiculous amount of limited edition CDs have been put out along with digital releases; not to mention the vinyl collaborations with Steve Treatment, Jowe Head, Phones Sportsman and Mr Luggs.

In 2010 Allan and George were joined on a permanent basis by Jamie NoMan on drums and Brian NoMan on lead guitar and have been concentrating on writing their own music rather than covers.
All 4 members come from different backgrounds and have different influences. The post punk sound of their early cover versions has gradually been replaced by a psychedelic style with a veneer of Krautrock and Japanese noise… but it's hard to pin the NoMen sound down. They have tackled many genres over the years but they always end up sounding like The NoMen!

As well as music the band have a unique style of DIY videos which can be watched on their YouTube channel and they take pride in producing distinctive and unusual packaging for their CD releases.

You can hear more from the NoMen's huge back catalogue here:
thenomen.bandcamp.com