by The Active Listener 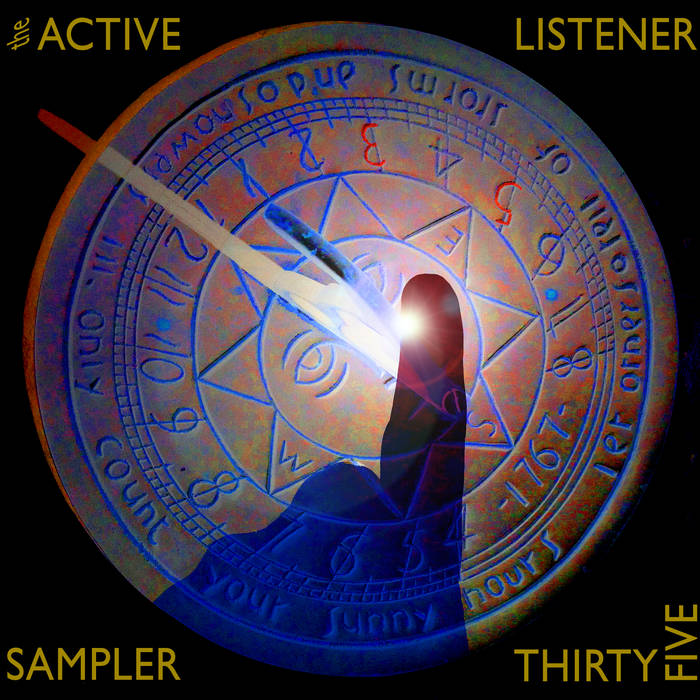 Sleeve art by Bob Tibbitts - thanks Bob! Enquiries and commissions to isetcdart@tiscali.co.uk

To hear more from these artists, please visit:

Review from The Sunday Experience:
"In our absence there’s been a pile of releases / pods and various other gubbins that we are frantically trying to find time to hear and feature, not least several Active Listener samplers that are need of checking out at your earliest convenience. The latest, just in, #35, will be getting a closer earful later in the week though for now three tracks that caught our lobes ought to whet the appetite and have your listening charms positively frothing for more. From an album due imminently on Cineploit who I should point out, we’ve featured previously hear, Sospetto’s quite deliriously demurred ‘essouflement’ initially skips daintily as though a florally flighty 60’s hippy chic flower child hooked on an amorphous cocktail of Monade and Free Design posies before undergoing some mystical mind expansion and going all woozily arabesque replete with some neat Love-esque nods. Providing similar ear gear nods aplenty Machine est mon Couer serve up the sumptuously shadowy lined ‘trainwreck’, this ghostly spectacle comes traced with a superbly haunting yet fractured romance rendered Portishead craft all slyly set in entrancing noir tonalities. Edging it among the trio though in terms of affection, Matchess’ ‘mortification of the flesh’ is frankly – wow – easily described as imagining some cosmic tryst embarked upon by the starry union of a somewhat slo-mo and smitten Cerrone with a ‘moon safari’ era Air – in short kosmiche that’s set to stun. "
marklosingtoday.wordpress.com/2015/08/31/active-listener-35/