The GoatMan Original Soundtrack - Performed by the Unseen (AL023)

by The Active Listener 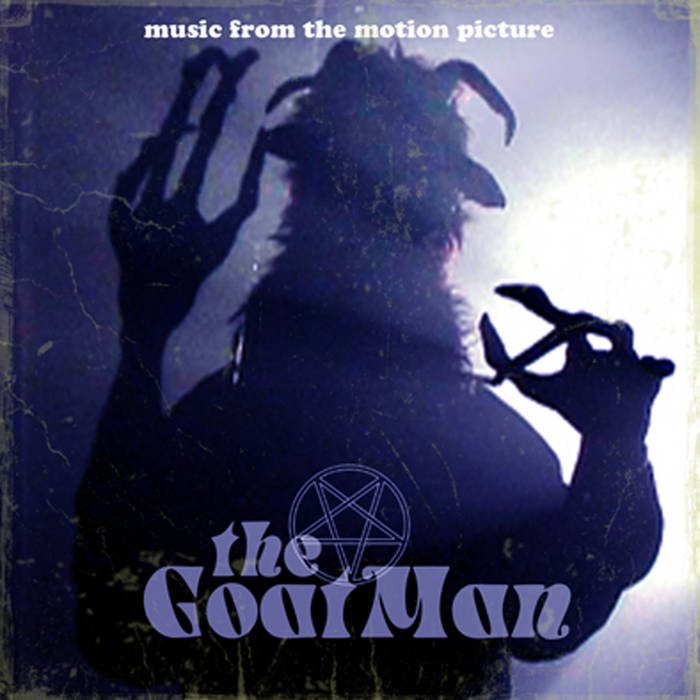 Last summer, at a horror movie convention somewhere in London, I was introduced to Septic Boaby. We had both grown up in West Lothian, Scotland, a few miles apart, but had never met. Immediately impressed by his knowledge of British horror movies, and by his enthusiasm for electronic music, I shook his hand with vigour whilst making noises of extreme enthusiasm.

A few weeks later we met in Edinburgh, and settled down to an afternoon of genteel drinking at the Canny Man’s pub. Surrounded by the establishment’s fading Victoriana, our conversation turned inevitably to British horror films. We both shared a passion for The Wicker Man, Crucible of Horror, Psychomania, and countless creepy TV horrors from the seventies. The ale was delightful, and we enjoyed the spectacle of the pub’s notoriously angry proprietor hurling insults at Americans.

But it was only when Septic began to describe a film the name of which he had forgotten that I began to vibrate with febrile anticipation. I knew the film of which he spoke. I had seen it when I was ten years old, and it is almost certain that Septic watched the same broadcast. It was about a young married couple who move to a Somerset cottage and have a terrifying encounter with the occult. It was called The GoatMan, it was made in late 1973, and it was directed by Simon Grundig.

Septic was delighted that I remembered, and agreed at once that the film was indeed called The GoatMan. As children, we had been profoundly unsettled not only by the film’s content, but also the musical score, recorded by a duo calling themselves The Unseen. (Amazingly, we both remembered the name from the opening credits.)

For the next three hours or so, we spoke feverishly about how much the film had stayed with us, haunted us, and infiltrated our imaginations. The truth was that I hadn’t thought about the movie for years, and had never attempted to track down a copy. I simply didn’t want to be disappointed by discovering that it was, in fact, dated and boring. Nevertheless, Septic and I decided to get hold of a copy, meet later in the week, open a bottle of wine, and watch it.

But our searches were in vain, for there is no record of The GoatMan ever having existed. However, we now know that it did exist, and we also know why it vanished without trace....

Visit unseenhorror.wordpress.com to continue the story.